I’ve been a little busy studying recently, so in an attempt to keep my blog afloat – here’s an article I wrote for Mums and Tots.

Irvinestown, Enniskillen is the location of The Western Trust Human Milk Bank, Ireland’s only milk bank, and the only community milk bank within the UK. Under the careful supervision of Ann McCrea, the milk bank’s coordinator, it supplies all of the neonatal units across Ireland, and continues to support thousands of sick and premature babies since it opened its doors in August 2000. As well as being responsible for running the milk bank, Ann is an experienced lactation consultant and breastfeeding counsellor.

Ann took some time out of her demanding schedule to discuss the benefits of human milk, how the milk bank operates, current supply issues, and how breastfeeding mothers can offer their support.

She began by telling me how it all began back in 2000, when they had a very sick, premature baby who had contracted NEC (Necrotizing Entero Colitis), a life-threatening condition affecting lining of the gut. ‘We had a sick baby who had NEC and his gut ruptured. We could have saved him 5 months of surgery if he’d had human milk, but we had none available’.

I asked Ann about the babies who benefit from receiving milk from the milk bank and why it is so important that they receive donor milk. She said ‘Donor milk is needed for babies who have complications, who are premature or have heart or gut surgery. They won’t keep anything else down except human milk’.

As breast milk contains substances which cannot be synthesized in formula, only breast milk can protect against NEC, as well as pneumonia, septicaemia and many types of bacteria and viruses. Breast milk also contains unique fats which help speed up the development of the immature brain, eye and nervous system. Premature babies have a high demand for calories as they have a lot of catching up to in terms of growth and development. Breast milk is calorie dense, however formula contains fortifiers to try and match the calorie content of breast milk, but as fortifiers are made from cow’s milk, this increases the risk of NEC.

Ann referred me to some startling figures and material published by the milk bank to demonstrate the many benefits of breast milk. 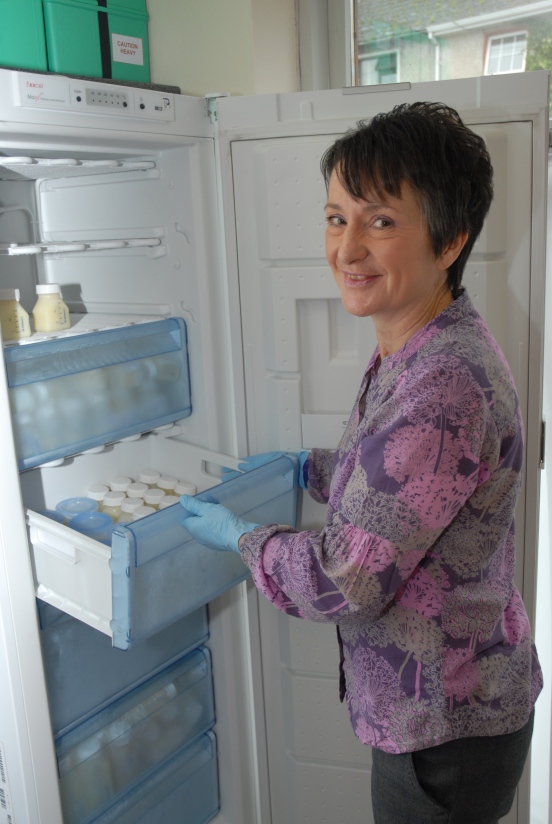 The Irvinestown milk bank is operated according to NICE (National Institute of Health and Care Excellence) guidelines, an independent UK body, so high standards are implemented and maintained. This process is recognised by the E.U. and practised my all milk banks within the E.U. The milk bank is operated by a team of dedicated and skilled staff to include – laboratory staff, virologists, paediatricians, mid-wives, health visitors, lactation consultants and transport staff.

When the milk arrives – frozen in pre-sterilised bottles, it is brought straight to the lab where it is firstly pasteurized in bisphenol-A free bottles with tamper-proof lids. Each bottle receives a batch number, an expiration date of 6 months, and is certified to say it has been pasteurized as well as an instruction label to say the milk needs to be used within 24 hours once defrosted.

The milk is screened and checked for bacteria, fat and protein content. Once the milk has been analysed, it can be then be classified and allocated to babies with different requirements e.g. the most premature babies will require milk with the highest fat content, and so milk is allocated according the baby’s needs. Once the milk has been classified, it is packed in cool packs at 40 degrees Celsius. Neonatal units across Ireland can then place orders for milk, which is promptly dispatched and transported with the support of Translink, Western Trust Transport and An Post.

The milk bank supplies and receives milk from all over Ireland. Each month the demand varies slightly, however, Ann said she is worried at the moment as sometimes they do run out and right now supply is running low. ‘We currently have 2 empty freezers, as since last year demand has doubled. Last year we sent out a total of 1151 litres of milk to neo-natal units across Ireland. In January 2014, we sent out 55 litres, however this year that has increased to 123 litres’.

The main reason the milk bank requires a constant supply of new donors is: breastfeeding mothers can only donate milk until their baby is 6 month’s old. After this time, the milk changes and becomes less calorie-dense, and therefore not best suited to the requirements of premature babies.

Ann said the most likely donors are mothers who hear about the milk bank through their breastfeeding support group, but they have, and still receive milk from grieving mothers who have unfortunately lost their own babies and donate milk in memory of their babies to help sick babies fight for their survival.

Some mothers will make one-off donations, and some continue to donate as long as they can and until their babies have reached 6 months of age. Ann feels mothers can only donate for a short period as time ‘as women are going back to work earlier after having their babies’, another reason why they need to attract new donors.

If you are breastfeeding your baby, are in good health and would like to support the milk bank, please get in touch by calling the milk bank for more information and they can talk you through the process of donating milk. The website also provides lots of information. After a simple blood test, the milk bank will send you a starter pack which includes bottles, information and instructions on getting started. You can then post the milk in a special pack at your nearest post office.

I asked Ann about the process of donating milk and she said anyone who is interested should get in touch via email. ‘The process is similar to someone donating blood in that the donor has a simple blood test and must be in good health, and their babies are not yet 6 months old’. Ann said that the milk bank is expanding with and they are currently recruiting new staff to meet with growing demand. Ann was very appreciative of the new donors coming forward and for the attention the milk bank has recently received in the media. ‘I am glad that the benefits of human milk are finally being recognised. It is liquid medicine.’ 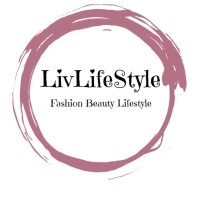